3D Archery is a great way to sharpen ones bow hunting abilities and perfect shooting skills. Typically set in the woods, shooters will be challenged to shoot 3D animal targets. The goal behind 3D tournaments is to train or practice one’s ability to train or practice one’s ability to judge yardage as it is done while hunting. Most tournaments are unmarked yardage, but it is not uncommon to have some or all yardages marked. Based on skill or other factors, such as gender and age, shooters are divided into different shooting classes. 3D tournaments are more than just about honing in on one’s shooting skills. It is a great way to get the entire family and friends involved in an activity all can participate in. 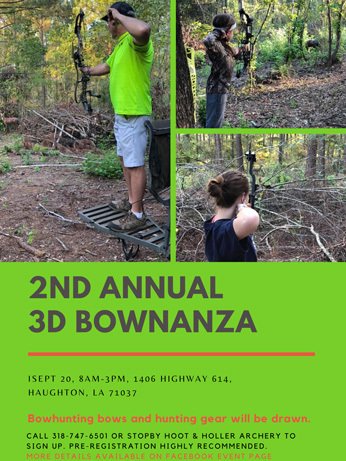